Earlier in the week, I started my adventure with Google+…

After playing with it since Tuesday, July 12th, I offer up a few comments, thoughts and observations in this following Post.

I by no means have all the answers, and I may not have found what I am looking for yet, but I hope to!

If you have anything to add, please let me know!

First, it required that one gets an invitation to this new service, which I received from an old high school friend, who became my first Circle member.

Somewhere on the web, I read that “Invite Only” appears to be an old marketing ‘thing’ that makes the person feel special once they get one, and in the case of Google+, this seems to be the same idea.

Remember Buzz? they did the same over there.

But at the same time, Google+ is still in “Beta”… (Haven’t we see this before?)

Second, and if you have a Gmail account, this is a ‘no brain-er’, but after you sign on, it is suggested that you take a few moments, and review what has been transferred.

In my case, I added a new description, which was blank; updated some of my links; as well as my profile picture, which had been originally created in a lower size, so when G+ showed it, the image was very pixelated.

Third, start poking around the interface.

On the surface, it looks much like Facebook, which starts with your “Wall” (Stream) – your snap-shot of your “life”.

If you happen to have a very active “Wall” on Facebook, the same thing should happen as you connect with more and more folks on Google+.

A nice ‘new’ feature on Google+ (G+), is the “filters” on the left navigation area, that are based on your “Circles” (Friends/Groups), and simply clicking on one, you can focus your Stream.

This is also available in Facebook, but for some reason, at least for me, this feature seems to have taken a higher preference in Google+.

As with Facebook, Google+ also presents you with an area at the top of your Stream, where you begin your basic thought communication.

A new addition to this feature bar, is the Location button, which really seems geared toward the mobile phone user.

Recently, I joined another photographic website, JPGmag, and was forced to upload a single image at a time to my portfolio.

With Facebook or Flickr, I could do the same thing, or I had the option of using Adobe Lightroom for uploads.

A cool new feature with Google+, for me at least, especially since there does not appear to be a Lightroom plug-in, is the ability of doing a ‘drag-and-drop’ a group of image files directly from the desktop (Windows XP)!

One of the things that I do like about JPGmag’s image upload requirements, is 1000 pixels or above, which when viewed on-screen, does render much more nicely and Google+ also can take advantage of!

At this point, I have uploaded about 30 images, and out of habit, I have checked what information is associated with a given image.

One of my peeves about Flickr’s geo-tagging function, is that it can or has been difficult, or at least it use to be, but when compared to Picasa/Google+, it is a breeze because: 1) GPS info seems to carry over from Lightroom/Jeffrey’s “GPS-Support” plug-in; 2) one can use the Google Map interface, which has a search function, unlike JPGmag.com!

In an earlier post this week, I initially express concern about several reports on Google+ “Terms of Service” as it related to posting photography.

I have finally decided that, in this day and age, it is more important to just get my images out there and in front of as many eyeballs as possible, and seems to be worth the risk.

Years ago, when I was working as a Freelance Assistant, there were may days that I sat in front of stacks of slides from a recent photo shoot, and used a rubber stamp to copyright each slide.

Needless to say, that was rather time-consuming, and is far easier today, but today, the Copyright-Watermark now can actually appears on the image itself, or be changed on the fly!

On Flickr, I have seen some very creative Copyright-Watermark, and have worked on my own, but in doing some reading via a several Google+ threads, there seems to be an open debate.

A well followed Photographer, Thomas Hawk, actually suggests not to include a Copyright-Watermark, because it can distract the viewer. (See Point #4 in “Top 10 Tips on Google+ for Photographers“)

Then there are others, like myself, who can not conceive of not including a Copyright-Watermark, but maybe not as predominately across the image.

Of the folks that are for a visible Copyright-Watermark, the debate has also gotten to the level of:

Your particular point-of-view (POV) on this is going to be a personal choice, and the debate is going to continue.

I spend a great deal of time on my old IBM T-23 laptop, which has a small LCD screen.

Google+ has a much more open feel to your environment, and is wonderful on a large monitor screen, but when viewed on my laptop, I have to move up and down far more frequently.

Facebook on the other hand, is more compact, and one can get more info per screen.

I do want to emphasis that these are EARLY observations, and with all things Google, things will change.

At the moment, I see this as the single biggest issue for Google.

Google definitely has the advantage in terms of daily eyeballs, but how many people are willing to spend the time to convert their existing social network to another platform.

I have also heard from my contacts on Facebook, that they do not want to learn another social media environment.

One of those terms that is first introduced in a Biology class, but makes abundant sense when used in the context of Social Media.

I am still new to Google+, and I may not have found to yet, but how does one Post in one environment and have the Post pollinate other Social Media accounts?

I’m hoping that someone can help me, and I will continue to search for an answer, but…

If Google could Link everything in a Post-Once-Cross-Pollinate-Others environment, that would be a “Killer Application”!

I can already hear folks saying the Google already has too much info on “you”, but who doesn’t? Have you looked hard enough?

Google+ has a much cleaner and open design, and with large image thumbnails, and even better Album thumbnails, I have to go with G+, especially if you are doing something visual, such as Photographers.

Google Life – Welcome to the Cloud

I must say, that it is very nice to have the Google tool-chest in front of my in one spot!

Gmail, Calender, Documents, G+, etc. all in once place, and ready to go, and the best part is that it is Free! (well, but that is another post to be done…)

One can log-on from anywhere, and get stuff done!

Very cool and I do see this as the Future!

Do I use all the Tools? No…

If I post something… My original thought… My artwork….

Once I post it to another machine, Who owns it?

From my point-of-view, it is my series of thoughts and ideas that created the file, but to the machine that it now “lives” on, it is a bunch of 1s and 0s, and I do not own that machine.

This issue needs to be discussed more, and a common practice needs to be identified and implemented before there is wider adaptation by people.

I do NOT have the answers to many of these questions and issues that I have outlined above, and I am sure, that I will find many answers in the coming days and weeks, so I am hoping to get some great feedback!

Please let me know your thoughts! 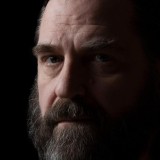 My Photo Journal of images taken in Chester and Lancaster Counties, including Covered Bridges, Barns, Nature, Fine Art and Events. Images can also be found on VisitPA.com and ExplorePATrails.com.